Locations in Croatia you should visit 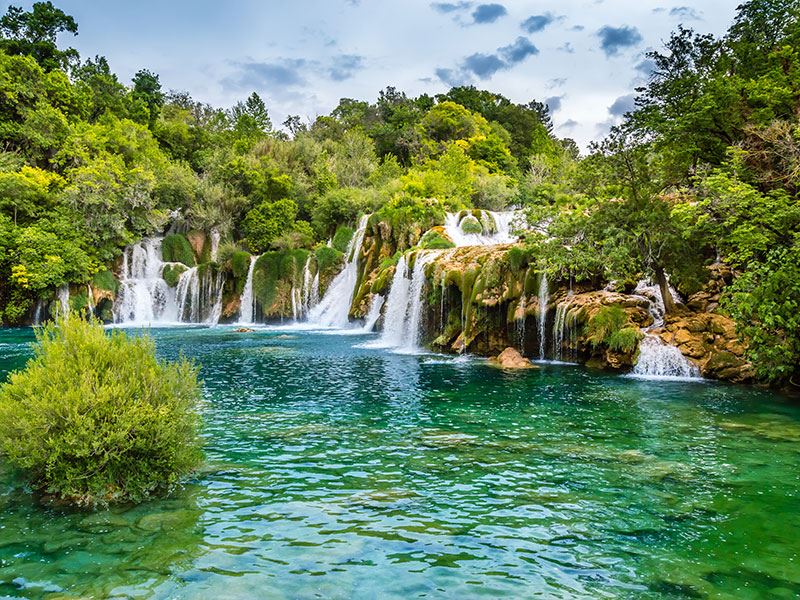 Locations in Croatia you should visit

This is our choice of the top 10

(Dubrovnik, January 18, 2020) Croatia is a country that abounds in beautiful and amazing locations and reducing the choice to ten of them is a really difficult task. At a time when we are only dreaming about travel, we have tried to respond to this challenge. Although these are not even close to all the top locations we would recommend, this is our current top 10.

Dubrovnik, a city enclosed by walls built in the period from the 13th to the 17th centuries, is one of the most attractive tourist destinations in the Mediterranean. It was one of the centres of the of the development of the Croatian language and literature, home to many famous poets, playwrights, physicists, mathematicians, painters, and other scholars. With foundations in the maritime trade, in the Middle Ages it became the only city-state in the Adriatic, thus competing with Venice. Thanks to the extraordinary wealth and diplomacy, the city achieved a remarkable level of development during the 15th and 16th centuries. Today it is the pride of Croatian tourism, an elite destination and the most beautiful city of the Mediterranean.

National Park Plitvice Lakes is a mountainous region rich in forest with a series of 16 larger and smaller lakes of a crystal green-blue colour. They are supplied by water from numerous small rivers and streams and are interconnected with foamy cascades and emerald falls. The oldest Croatian national park registers 1,267 plant species, 157 species of birds, 321 species of butterflies... There is the largest waterfall in Croatia, 78 metres high, Veliki Slap. It differs from other waterfalls in that it is formed by collapsing of the Plitvice stream down a steep cliff, while the others are formed out of the lakes.

Unusual and beautiful beach of Zlatni Rat, one of the most recognizable symbols of the Adriatic, is located on the south coast of the island of Brač. The pebbly horn protruding for a kilometre into the sea is surrounded by clear azure sea. The particular feature of this beach is that depending on the wind that blows, it changes its shape and position. For the same reason, Zlatni Rat is a very attractive location for windsurfing.

The most well-known and most significant monument dates to the 1st century B.C., the Roman Amphitheatre Arena, once used for gladiator fights, stands side by side with the Roman Colosseum. At every turn of a corner in the old town you can see the thousand years old rich past of Pula. Roman architecture dominates the city’s centre with the Arch of the Sergii, the Temple of Augustus, the Gate of Hercules, the Twin Gates, and favourite gathering place, dating to the time of Emperor Augustus and now the main town square – the Forum.

A Mid European city just right for living – an exceptional combination of a charming past through 900 years of history and the contemporary hustling present. The rich calendar of various events and the city's landmarks have placed Zagreb on the list of the popular European metropolises. Today, thanks to its history, Zagreb is full of monuments and captivating architecture. Upper Town (Gradec) is the historical centre of Zagreb with a main square of Saint Mark that was once a place of trade, and today is the political headquarters. Aside from the square, Upper Town has a number of museums and galleries. Capitol, another historical part of Zagreb, was formed around the Cathedral, which is considered to be the tallest structure in Croatia.

Korčula is the city on an island bearing the same name and is known as the birthplace of the famous explorer – Marco Polo. Encompassed by the city walls it has the red roofs that resemble the ones in Dubrovnik. The island has been inhabited since prehistoric times, and traces of ancient life were discovered in many places. The oldest among them are the stone knives from the Neolithic period on the islet Badija near the town of Korčula. However, the best explored Neolithic site is Vela Cave in Vela Luka.

Slavonia, as a representative of eastern Croatia, is an ideal destination for tourists who want to spend their holidays in peace and quiet, away from everyday stress and traffic jams. It is surrounded by three rivers: the Drava, the Sava and the Danube, and forms a space crowned by meadows, hills and forests. Slavonia is famous for its fields, the Danube river cruises, festivals, flavoured pork sausage kulen and wines. The Ilok Winery (Ilok is a Croatian town on the Danube river) boasts that in 1954 Great Britain ordered 11,000 bottles of wine for the official ceremony of coronation of the British Queen Elisabeth II.

The medieval town of Motovun is one the most famous symbols of Istria’s hinterland. It is situated above the river Mirna valley, and originated from an ancient city on a 277-metre hill. Fortified with high city walls, Motovun preserves its rich historical and cultural heritage. A gothic belfry, 27 m high and built in the 13th century as a watchtower, dominates the entire landscape. Motovun is also considered a source of positive energy as three ley lines crisscross for the purpose of distributing positive energy through the ground. And the Motovun forest, extending along the river Mirna valley, is a popular habitat of prized white truffle, an underground fungus known for its aphrodisiac properties.

Mljet National Park is the oldest marine park in the Mediterranean. The unique panoramic appearance of indented shores, cliffs, rocks and numerous islands, extremely rich natural and cultural heritage, is a geological and oceanographic phenomenon. Deep bay used to be a karst gorge that filled with sea through the system of karst cracks as well as through the narrow passage connecting it to the open sea through Soline Strait. The two lakes are connected by a channel 30 m long and 0.5 m deep. The richness of underwater life contains some rare and endemic species as well. One of the specific life forms of the lakes are numerous species of shellfish, like scallops, pen shells, date shells and many others, that find this environment favourable for their growth.

Velebit Nature Park is the largest protected area in Croatia that includes most of the Velebit mountain range and is on the UNESCO’s list of international biosphere reserves. The park is the most significant endemic centre of flora and mainland fauna in Croatia. Within the park there are two national parks, the Northern Velebit National Park and the Paklenica National Park. “Kude's Bridge” is the oldest preserved crossing over the river, which offers a view of the magnificent waterfalls and travertine cascades of the Krupa River. With numerous remains of cultural monuments, the complex includes three caves with a total of 4 km of explored canals.